Carried Interest in Your Roth IRA 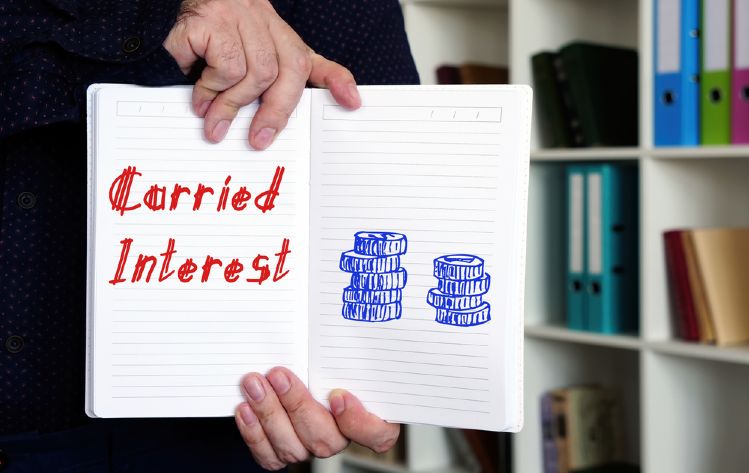 For any private equity, hedge fund, or venture capital general partners or manager, the carried interest is the key financial tool used to reap the rewards of their investment successes.  In the typical investment fund set-up, a manager will charge a 2% management fee to all limited partners and receive a 20% interest in the profits of the fund (“carried interest”) after certain investment thresholds have been satisfied, such as a set rate of return and a return of the investors capital invested.  The general partner typically distributes a portion of the carried interest return, to a few key employees by first granting them a profits interest in the fund. A profits interest has the potential to provide a key employee investment returns that are disproportionate to his or her invested capital if the fund is a success.  On the flip side, the fund does not generate a minimum rate of return for its outside investors Profits interests may expire without generating any money for key employees.

Ever since the media picked up on Mitt Romney’s tax structuring success involving allocating millions of Bain Capital investment fund gains to his SEP IRA, many investment fund managers have looked for creative and legal ways to allocate a portion of their investment returns into a Roth IRA.  Unlike a SEP IRA, which is a pre-tax account and subject to income tax upon a distribution after the age of 59 1/2, in the case of a Roth IRA, so long as the Roth IRA has been opened at least 5 years and the Roth IRA owner is over the age of 59 1/2 when a distribution is taken, all Roth IRA distributions will be tax-free.

For investment fund managers thinking about how they can legally own a percentage of their carried interest or limited partner interests in a Roth IRA, the 2014 Governmental Accountability Office (GAO) Report on IRAs provides some clarity.

The GAO report highlights an example that shows how carried interest can be used to generate large returns for a Roth IRA:

The GAO reports identifies a number of ways a carried interest can be allocated to the Roth IRA:

Roth IRA purchases a percentage of the carried interest from the general partner.

The GAO report describes a scenario whereby the general partner or fund manager sells the carried interest to a Roth IRA of a key employee.  In other word, the transaction will shift the ownership of some or all of the carried interest from the general partner or fund manager to a Roth IRA.   The GAO report does not get into detail on the process for doing so or address any of the potential risks, such as the prohibited transaction rules or valuation concerns.  Nevertheless, I wish to address them below, since they can potential impact the legality of the transaction.

The IRS prohibited transactions rules under Internal Revenue Code (“IRC”) Section 4975 do not state what a retirement plan can invest in – only what it cannot.  In general, an IRA cannot invest in life insurance, collectibles, such as art, and any transaction involving the retirement plan and a “disqualified person as outlined under IRC Section 4975.

A “disqualified Person” is generally defined as the retirement plan holder and any of his or her lineal descendants, as well as any entity controlled by such persons (greater than 50%).  In other words, the general partner or fund management entity should not be owned greater than 50% in the aggregate by the Roth IRA holder, his or her lineal descendants, and their retirement accounts in the aggregate.  Hence, if the general partner is selling the carried interest to a Roth IRA, it is crucial that the aggregate ownership of the general partner entity is not owned greater than 50% by “disqualified persons.”   In addition, even if the aggregate ownership is less than 50%, there is still some potential prohibited transaction risk, as IRC 4975 includes certain rules that can turn a self-dealing or conflict-of-interest type transaction involving an IRA and a “disqualified person” into a prohibited transaction.  That being said, the determination is heavily influenced by the facts and circumstances involved in the transaction.

When it comes to retirement accounts and alternative asset investments, valuation is the area the IRS is most focused on.  The reason for this is simple – money.  In the case of pre-tax IRAs, the higher the value of the IRA, the greater amount of tax revenue the IRS will generate in the form of required minimum distributions.  Whereas, in the case of a Roth IRA, the concern for value concentrates more along the lines of abuse.  For example, in Notice 2004-8, the IRS highlights a transaction which was used by taxpayers to shift value from a taxable entity to a tax-exempt Roth IRA.  The business and the Roth IRA Corporation enter into transaction for the Roth IRA to purchase the shares of the corporation.  The shares are undervalued allowing the Roth IRA to buy the stock cheap, and thus, shift the potential gains to a tax-exempt Roth IRA.

However, the GAO was clear to explain why it is difficult to the IRS to pursue valuation cases in these type of carried interest type Roth IRA investments:

“IRS guidance implies that individuals can use the liquidation value of a profits interest for certain tax purposes. One industry stakeholder also noted that individuals can use case law to support very low valuations of non-publicly traded shares and profits interests. Second, according to IRS officials, valuation can be subjective and IRS may expend resources and ultimately conclude that the taxpayer’s valuation is reasonable.  In Campbell v. Commissioner, the Eighth Circuit Court of Appeals overturned a decision by the U.S. Tax Court and held that an individual who is granted a profits interest does not need to recognize any income if the profits interest does not have a readily ascertainable value. 943 F.2d 815, 823 (8th Cir. 1991).

Hence, if a general partner of fund management entity seeks to sell a portion of a carried interest to a Roth IRA, it should be done at or near formation where the carries interest’s value would be near zero, equal to the liquidation value of that interest in the fund.

The advantage of this structure is that there is less risk that the Roth IRA Class B interests would violate the IRS prohibited transaction rules. In the case of most investment funds, the limited partners will own 90% plus of the LP interests which limits the applicability of the prohibited transaction rules.  In addition, this structure reduces the risk of transacting directly with the management entity in the instance of a sale of a carried interest.  On the other hand, making sure that the class B units are values properly is essential.  The Class B units would typically be priced lower than the regular LP class at funding, so it is important that the pricing accurately reflects the increased risk of the class B units, which is based on the terms of distribution waterfall in the partnership agreement.  They key is to show that there is a risk involved in purchasing the class B interests and that is why they are priced lower than the LP class. In a typical structure, the class B interests are only entitled to receive a return on a super capital event and after all LP investors have received a stated rate or return and a return of their capital. The value of the class B interests must be fair in order to protect the transaction from potential IRS attack or the reach of Notice 2004-8.

The use of an aggressive ratio can result in a risky share class with a liquidation value as low as zero.  Although risky, these shares can increase in value very quickly, suggesting to some that their initial value may have been inappropriate. For example, according to the GAO report, in one publicly reported private equity transaction, employees of the private equity firm used their IRAs to purchase about $25,000 worth of low-valued, non-publicly traded shares the fund created for a portfolio company. The shares were worth nearly $14 million when the private equity firm brought the portfolio company back onto public stock exchanges less than 2 years later. The employees eventually sold their shares for more than $23 million, realizing more than 1,000 times their initial investment.

The GAO report acknowledged it would be difficult for IRS to prove these shares were inappropriately valued, because, for each risky share the employees purchased, they also purchased a share from a less risky higher-priced share class. Taken together, these shares may more accurately reflect the portfolio company’s value.

The ability for a general partner or fund manager to shift a carried interest to a Roth IRA is an extremely tax advantageous opportunity. The GAO report was clear that there are risks and certain pitfalls, including the prohibited transaction rules, valuation concerns, and the application of the UBTI tax that must be considered before engaging in a transaction involving a carried interest and your Roth IRA.

To learn more about how one can legally allocate a carried interest to a Roth IRA, please contact a self-directed IRA specialist at 800-472-0646.

PrevPreviousROBS Solution – How Does it Work?
NextInvesting IRA Funds in Business Your Work for and more | Client Q&ANext