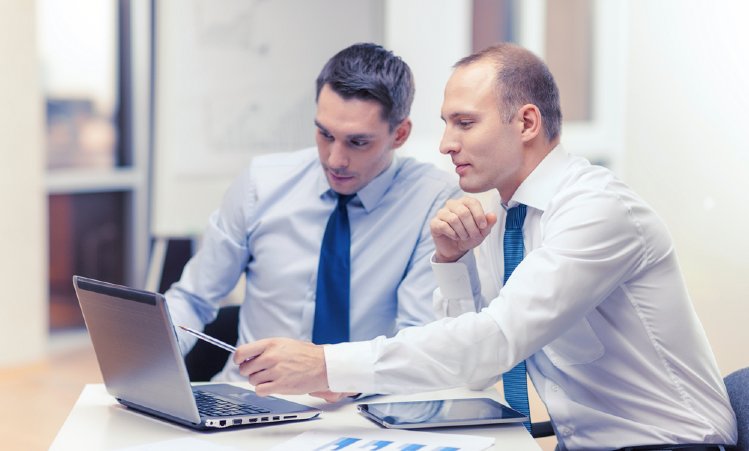 Working at a company you believe in is truly important.  Being able to go to work every day and believe that you are contributing to the success of a growing business is a wonderful feeling.  Gaining the ability to invest in a business you are involved in and believe in its growth can be a potentially financially rewarding opportunity.  Furthermore, using a Roth IRA or pre-tax IRA to make the investment can make that investment option very tax efficient.

Before we get into whether one can use their IRA to invest in a business they are employed by, it is important to understand the application of the IRS prohibited transaction rules which dictate what investments cannot be done with an IRA.

A direct prohibited transaction, which can be found under IRC Section 4975(c)(1)(a), (b), (c) identifies transactions that directly involves the IRA owner and any “disqualified person” in a sale, exchange, lease, service arrangement or any direct financial transaction.  Some examples of direct prohibited transaction are: (i) renting a home owned by your IRA to your parents, (ii) lending IRA money to your kids, or (iii) serving as the real estate agent for your IRA real estate investment.

The definition of a “disqualified person” (Internal Revenue Code Section 4975(e)(2)) extends into a variety of related party scenarios, but generally includes the IRA holder, any ancestors or lineal descendants of the IRA holder, and entities in which the IRA holder holds a controlling equity or management interest. Therefore, you cannot make an investment with a parent, child, their spouses or entities held by such. It is however acceptable to transact with other family members, such as siblings, aunts, uncles and cousins.

Unlike a direct prohibited transaction which involves a direct financial relationship between the IRA and a “disqualified person,” a self-dealing/conflict of interest prohibited transaction is more indirect and generally has a bit more grey in its application. For example, the IRA holder uses his retirement account funds to loan money to a company in which he manages and controls but owns a small ownership interest in.  In this case, the IRA owner owns less than 50% of the entity so that the entity is not a “disqualified person” on its face.  However, if the IRA investment was done for any reason other than to exclusively benefit the IRA owner, then the self-dealing/conflict of interest prohibited transaction rules could kick in and taint the transaction.

Now that we have spent some time highlighting the key rules involved in the prohibited transaction rules under IRC 4975, let’s now examine the scenario of an employee using their IRA to buy stock of membership interests in a business they work for.  Below is a list of questions, one should consider before making such an investment:

In the case of closely held businesses, if you are seeking to invest your IRA funds in the business and you are an employee or executive, make sure your IRA ownership is under 50%. Furthermore, even an IRA ownership of less than 50% can still potentially trigger the IRS prohibited transactions if the IRS can argue that the IRA investment was made in some way to directly or indirectly benefit the IRA owner or any “disqualified person.”  In other word, it is crucial that the IRA owner can show that the IRA investment was made to exclusively benefit the IRA.

For example, the company did not need the IRA investment to continue operations or pay the IRA owner’s salary.  Unfortunately, anytime you invest IRA funds in any closely held business in which the IRA holder or a “disqualified person” is personally involved, there is always a sliver of risk that the IRS could argue prohibited transaction.  The degree of risks is based on various facts and circumstances, such as the size of the business and the reason for making the IRA investment.

Reason for Making the IRA Investment

The Rollins case (Rollins v. Commissioner, T.C. Memo 2004-60) is a great example for how the IRS could use the reason for the investment as a basis for a prohibited transaction attack. Mr. Rollins, owned his own CPA firm.  He was the sole owner.  The firm had a 401(k) plan for which Mr. Rollins was the sole trustee and plan administrator.  Mr. Rollins caused the plan to lend funds to three companies, and in each of which he was the largest (9% to 33%), but not controlling, stockholder.  Moreover, in one of the companies he was also an officer.  Mr. Rollins signed the loan checks for the plan.  In addition, Mr. Rollins made decision for each company to borrow from 401(k) plan and signed the promissory notes on each company’s behalf.  The loans were demand loans, secured by each company’s assets.  The interest rate was market rate or higher.  All loans repaid in full, although in one company’s case Mr. Rollins made some of the loan payments on the company’s behalf intending to be repaid when that company’s business (a golf club) was sold.

The Tax Court agreed with the IRS and stated that Mr. Rollins had the burden to prove that the transaction did not enhance or were not intended to enhance the value of his investments in the borrowers.  That seems to be a very tough burden to meet, and moreover, as the Court noted, the fact that a transaction is a good investment for the plan has nothing to do with it.  As such, caution should be exercised whenever a disqualified person is sitting “on both sides of the table.”

I know these rules can be confusing.  Unfortunately, there is not much IRS guidance on the application of the prohibited transaction rules in these type of business investments.    However, based on available case law, below are some tips to help protect your IRA business investment against IRS attack:

In sum, other than in a public company setting, anytime your IRA invests in a closely held business that you or a “disqualified person” are personally involved, you are opening the door to a potential IRS attack under the prohibited transaction rules.  The facts and circumstances will determine how successful you can defend an IRS inquiry.  Of course, staying under 50% of the business ownership is key and having facts that show that the IRA investment was made to exclusively benefit the IRA will be important to help show that the IRA investment should not be deemed a prohibited transaction.

Mr. Bergman touches on this subject in a recent AdMail podcast. Check it out here. To learn more about how you can use your IRA to invest in a business you work at, please contact a self-directed plan expert at 800-472-0646.