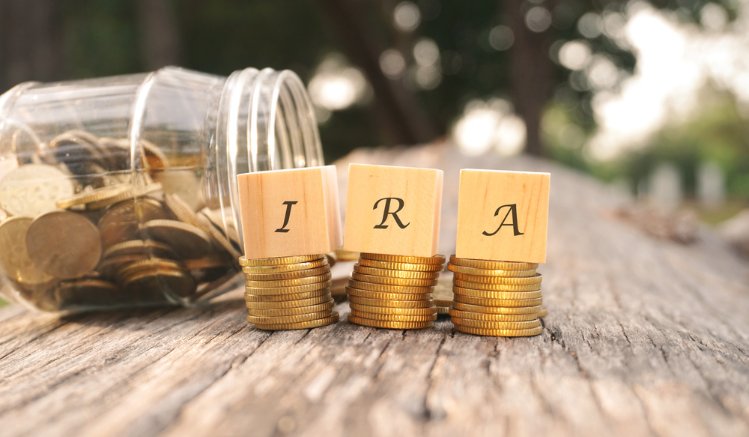 With inflation peaking, supply side challenges, and a sputtering stock market, many IRA investors are looking for a safe landing spot for their IRA assets.  As you can see form the following figures, 2022 has been a challenging year for many IRA investors:

Gold has so far been the one asset that has held up well in 2022.  Year to date, as of April 29, 2022, gold is up approximately 5%. Hence, there has been an increasing number of IRA investors looking to add gold to their portfolio.  Gold is viewed as a strong hedge against inflation, as well as a good source of investment diversification.

What is the Difference Between a Rollover and a Transfer?

The Self-Directed IRA structure is a solution that allows one to use his or her retirement funds to make gold and other investments without tax.  One of the more popular ways to fund a Self-Directed IRA is via a transfer or rollover.

What is an IRA Transfer?

In general, you can transfer, tax-free, assets (money or property) from one IRA to another IRA.  Direct transfers can be done without limit during a taxable year. Assets move from one IRA custodian directly to a new custodian.

An indirect transfer is when IRA assets are first sent to the IRA owner before the funds are then transferred to another IRA.  In the case of an indirect IRA transfer, you have 60 days to use the funds before they must be transferred to the new IRA.  Failure to comply will cause the IRA to be subject to tax and potentially a 10% early distribution penalty.  In addition, an indirect transfer can only be done once every twelve months.

What is an IRA Rollover?

Generally, one can roll over amounts from the following plans into a Self-Directed IRA:

There are approximately $500 billion dollars worth of rollovers each year.  With 10,000 baby boomers retiring a day, rollovers have become the most prevalent manner for funding IRAs.

Can I Buy Gold in an IRA?

A Self-Directed IRA is a type of retirement plan that allows the IRA owner to invest in gold and other alternative asset investments not prohibited by the IRS. In the last several years, the number of Self-Directed IRA accounts has grown significantly.

The types of investments that are not permitted to be made using retirement funds is outlined in Internal Revenue Code (IRC) Section 408 and 4975.  These rules are generally known as the “Prohibited Transaction” rules.

Other than life insurance, collectibles, and transactions that involve or benefit the IRA holder or other “disqualified person,” one can use their IRA to make an investment.

In other words, an IRA can invest in pure bullion bars, coins, as well as American Eagle and state minted coins. All precious metals and IRS-approved coins must not be held personally and must be held in the physical possession of a regulated depository or bank.

Rules for Buying Gold in an IRA

The most important aspect of purchasing gold with an IRA is that the gold satisfy the requirement of 408(m) and be held in the physical possession of a depository.

Over the years, there have been a few companies advertising that an IRA owner can hold precious metals and/or coins in their home. The Tax Court in McNulty v. Commissioner, finally confirmed what the Self-Directed IRA industry has always maintained: that an IRA owner cannot take personal possession of any IRA-owned metal, including gold bars or coins.

Using a Self-Directed IRA to buy gold can help one better diversify their retirement portfolio as well as gain a hedge against inflation.  Below are some key tips to consider before investing via a Gold IRA Rollover:

Gold has long since been the go-to during times of economic turmoil. The easiest way to invest with retirement funds is by using a Gold IRA Rollover. Moving money from a current retirement plan to a Self-Directed IRA may be your only option. This is because most plans don’t allow investing in alternative assets, including gold.

So long as you abide by the rules set forth by the IRS, anyone can use IRA funds to invest in gold. As always, consult with a financial advisor before deciding how to invest your retirement funds.

PrevPreviousBest Ways to Start a Business with Retirement Funds
NextCash Flow Squeeze? Your IRA or 401(k) Can Help – Episode 335Next