Staking Crypto IRAs – What You Need to Know 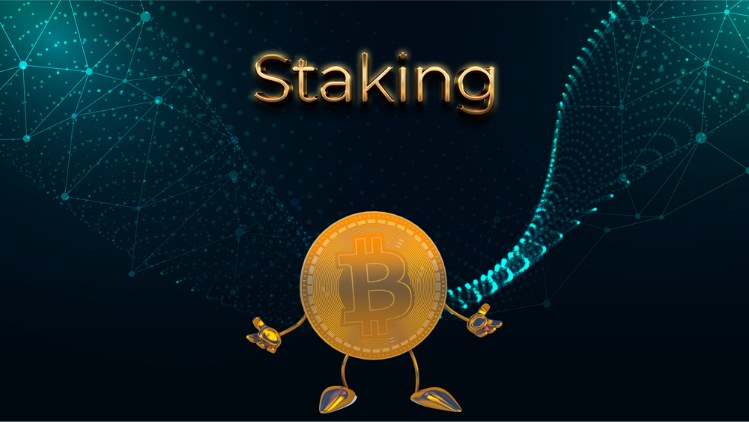 For many crypto investors, including Crypto IRA investors, staking has become a term that is often discussed. In essence, staking is the manner in which a growing number of cryptocurrencies verify their transactions. Just kike Bitcoin mining, which is based on the proof of work (“POW”) principle, proof of stake (“POS”) is a more environmentally friendly way to mine cryptos and earn rewards to confirm transactions.

This article will explain how POS works, describe how a Self-Directed IRA can take advantage of POS rewards, as well as touch on its tax treatment from a Crypto IRA standpoint.

What is Proof of Stake (POS)?

In general, staking cryptocurrencies is a method that involves committing one’s crypto assets to support a blockchain network and confirm transactions on the blockchain. POS is available for cryptos that use the proof of stake model to process payments. POS has been gaining n popularity over POW because it is a more energy-efficient alternative to POW, which relies on mining devices that use a great amount of computing power and electricity to solve mathematical equations.

Without getting too technical, POS is the process for how new transactions are added to the blockchain for that particular cryptocurrency.  Solano and Cardano are the cryptos using POS with the largest market cap. Although, Ethereum 2 is expected to go live in the middle of 2022 and will enhance the Ethereum network by moving from POW to the POS model.  In addition, cryptos, such as Polygon, use their own POS blockchain and Commit Chain connectivity to help scale the Ethereum network.

Related: Investing in Crypto with a Self-Directed IRA

How Does POS Work?

Every occurrence that a block is added to the blockchain, new coins are “minted” and distributed as rewards to that block’s validator.  POS can be viewed as a type of lottery. The larger the stake of tokens committed, the higher odds that the participant has of being chosen as a validator, and thus, receiving a reward.

The advantage of POS is that it replaces bitcoin miners with validators, which requires far less energy consumption than POW’s in energy-intensive computer farms. Essentially, if you want to stake your cryptos in a POS, you would simply move your crypts to a wallet, enter into a smart contract, and use a bit of computer code that runs on the  blockchain.  One can stake coins individually or use a staking service in order to pool resources with other participants.

Related: Bitcoin Mining: What You Need to Know

The IRS treats cryptocurrencies, such as Bitcoin, as property, like stock or real estate.  In IRS Notice 2014-21, the IRS issued guidance on the tax treatment of cryptos.  In the Notice, the IRS confirmed that cryptos, would be treated from a tax perspective as a capital asset.  Hence, the sale of a cryptocurrency held by an IRA is not subject to tax and all gains are tax-deferred or tax-free in the case of a Roth IRA.

IRS Notice 2014-21 provides some guidance as to how the IRS will treat crypto rewards received from POW.  The Notice states that “if” a taxpayer’s “mining” of virtual currency constitutes a trade or business, then the cryptos received as part of the mining activity would be deemed business income.

Other than Notice 2014-21, there is very little additional guidance on the IRS’s position on the tax treatment of POW mining activity.

A recent court case could potentially offer insight on the IRS’s position on the tax treatment of earning rewards via POS.  In 2019, Joshua Jarrett of Nashville engaged in a small-scale virtual currency staking enterprise using a home computer. Jarrett owned a few hundred thousand tokens in Tezos, a POS platform. Over the course of a year, he generated roughly 9,000 new tokens. Jarrett then reported these tokens on his federal income tax return and was assessed $3,793 in taxes.

The question that was then posed to the U.S. District Court for the Middle District of Tennessee was can Jarrett be taxed for new tokens that he generated through staking but has not yet transferred or sold?  Jarret believed no.  Hoping to avoid an unfavorable decision that might limit its ability to tax staking activities as full ordinary income transactions in the future, the IRS offered to refund Jarrett the full amount of his claim in exchange for dismissing the case.

However, on February 3, 2022, he announced that he was turning down the IRS’s offer and would seek a final court decision instead. The case will now be settled by a U.S. District court in the Middle District of Tennessee and will have a significant impact on the tax treatment of POS for both individual investors and Crypto IRA investors.

The Jarrett case is so interesting from a Crypto IRA standpoint because he was engaged in POS activity passively and not as a trade or business, which would seemingly be covered by the language in IRS Notice 2014-21. Hence, the court’s ruling in Jarrett can have far reaching tax consequences for passive Crypto IRA investors involved in POS activity.

The tax treatment of POW and POS rewards will become clearer in the coming years during to the increased popularity of cryptocurrency investments. In general, if the activity is deemed a trade or business, an individual investor would be subject to ordinary income tax and a Crypto IRA investor could be subject to UBTI on the reward received. Although, for POS Crypto IRA investors, the Jarrett case may end up providing a clear answer on its tax treatment sooner rather than later. Stay tuned!

As always, crypto investing is quite volatile, and staking doesn’t always reap the rewards you may be seeking. This is especially true if the gains received are taxable. Please consult a financial advisor before engaging in staking Crypto IRAs.’