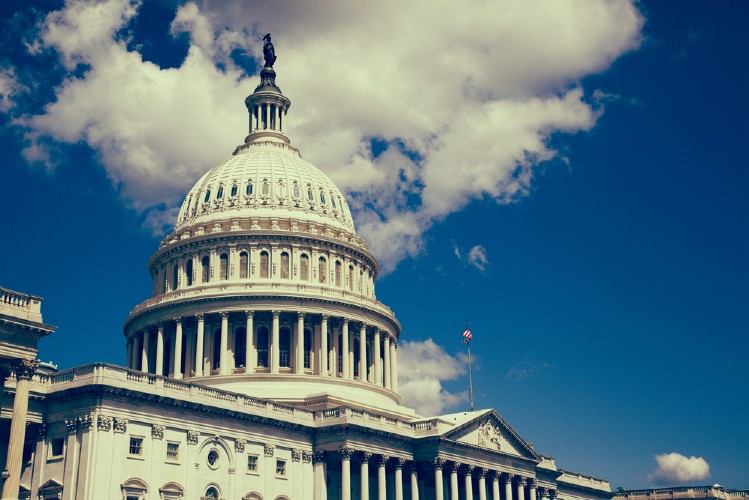 BREAKING NEWS: An important and wide range of retirement-related provisions known as “Secure 2.0” has been included as part of the 4000 page, $1.7 trillion spending bill that would fund the federal government for 2023. This bill was only unveiled on December 20, 2022. The important stuff, namely the retirement provisions, run between page 2046 to 2404.  Approval by both the Senate and House are expected by the end of this week, and the bill is expected to be signed into law by President Biden by Christmas. This is big news!

All in all, the legislation includes more than 90 provisions, the bulk of which were taken from the three House and Senate bills that unofficially comprised the Secure Act 2.0 of 2022.  The following details the key provisions in the bill that relate to IRAs, Self-Directed IRAs, Solo 401(k)s, and 401(k) plans.

Increase in required beginning date to age 73 in 2023 and to age 75 in 2033 for mandatory distributions.

Under current law, under the Required Minimum Distribution (“RMD”) rules, participants are generally required to begin taking distributions from their retirement plan at age 72, up from age 70 ½ in 2020. The bill would increase the RMD age from 72 to 73, up to 75 by 2033.

Under the bill, the requirement that catch-up contributions be made on a Roth basis only applies to employees whose wages (as defined for Social Security FICA tax purposes) were over $145,000. Technically, this means that self-employed individuals (partners and sole proprietors) are not subject to the Roth catch-up requirement.This provision will become effective in 2024.

Higher catch-up contribution for individuals who are ages 60-63.

Under current law, employees who are at least age 50 are allowed to make catch-up contributions to a retirement plan in excess of the otherwise applicable limits. The limit on catch-up contributions for 2023 is $7,500, except with SIMPLE plans, where the limit is $3,500. The bill would increase these limits for employees aged 60-63 (rather than 62-64 in the House bill).

Rollover of Excess 529 Assets to a Roth IRA (NEW)

This is a new feature we think is particularly important. Under this bill, some assets in a 529 qualified tuition program can be directly rolled over tax-free to a Roth IRA. That Roth IRA must be maintained for the benefit of the beneficiary of the 529 account and rollovers would only be permitted from 529 accounts that had been maintained for at least 15 years, but these limitations are minor in comparison to the benefits.

Unlike 401(k), 403(b), and governmental 457(b) plans, SIMPLEs and SEPs are not permitted to offer a Roth option; instead, all contributions must be pretax. The bill would allow employers to permit employees to elect Roth treatment of both employer and employee contributions.

Roth IRAs are exempt from pre-death RMD rules. Under the bill, the exemption would be extended to some Roth contributions.

Under the current law, the limit on IRA contributions was increased by $1,000 for anyone at least age 50. The new bill would index these limits in the same way as regular IRAs. This provision would be effective in 2024.

As of 2025, new 401(k) and 403(b) plans would be required to include (1) automatic enrollment at a minimum contribution of 3% (maximum of 10%), and (2) automatic escalation of the contribution rate by one percentage point per year. For safe harbor plans, the cap on permissible auto escalation would be 15%. For non-safe harbor plans, that would be 10% before 2025 and 15% after that.

Various exceptions will be established for government plans, church plans, employers with 10 or fewer employees, and new businesses that have not been in existence for three years.

Beginning in 2027, the Secure 2.0 Act of 2022 would replace the Saver’s Credit contributions with a federal matching contribution, deposited directly into your plan. The match would be 50% of IRA or retirement plan contributions, up to $2,000 per person. However, some income limits, and phase-outs, would apply. Under the new legislation, the percentage is a straight 50% until the taxpayer hits the maximum MAGI under the bill, where the match phases out. So, at $71,000 or higher for a joint filer, the match percentage is zero. In that example, contributions are treated as elective and (1) are not taxable income to the individual, (2) does not count against any applicable limits on contributions.

Sometimes, people are unaware of the benefits they have already earned — often because the company they worked for moved, changed its name, or merged with a different company. Accordingly, the new bill establishes a Retirement Savings Lost and Found registry to help participants find their benefits.

One proposal found in the new legislation is a cap of $2,500 on an emergency savings account. Here, the account must be part of a defined contribution plan, where contributions are almost always treated as Roth contributions. Distribution of earnings are always not taxable. While contributions must be invested in a principal preservation investment, generally speaking, withdrawals can be made at any time, penalty-free. Highly compensated employees are not permitted to contribute.

Current law offers a tax credit to a small business (up to 100 employees) that adopts a new qualified plan equal to the lesser of (1) 50% of the employer’s start-up costs, or (2) $5,000. Under the new law, that 50% would be increased to 100% for businesses with 50 or fewer employees. The bill also includes the following new type of start-up tax credit:

Under the bill, employees may elect some or all of their vested matching and non-elective contributions to be treated as Roth contributions under a 401(k), 403(b), or governmental 457(b) plan. This provision is effective immediately, so it could even implicate your 2022 tax strategy.

For purposes of the nondiscrimination testing and safe harbor rules, an employer can make matching contributions under a 401(k) plan, 403(b) plan, or SIMPLE IRA as “qualified student loan payments” under the new law. Governmental employers can also make matching contributions in a section 457(b) plan as to some student loan repayments. This provision would be effective in 2024.

Small immediate financial incentives for contributing to a plan

Under current law, immediate incentives for making 401(k) contributions (e.g., gift cards) are prohibited. This is likely to change under the new bill, which has provisions to allow de minimis financial incentives under 401(k) and 403(b) plans without triggering a prohibited transaction under the Code or ERISA.

Under the bill, employees, for the first time, would be allowed to self-certify that they have had a deemed hardship allowing a hardship withdrawal from a 401(k) plan or a 403(b) plan.

This provision would be effective for distributions after 2023.

Currently, if you fail to take minimum distributions, you are subject to a 50% tax. The new bill reduces that tax to 25%. Even though that tax is still substantial, it is certainly an improvement. If this kind of failure is corrected in a timely manner, the tax is further reduced to 10%.

Secure 2.0 generally requires most 401(k) plans to have a dual eligibility requirement, under which an employee must complete either a one year of service requirement (with the 1,000-hour rule) or three consecutive years of service where the employee completes at least 500 hours of service. This provision would be effective in 2025.

Under the bill, an exception to the 10% early withdrawal tax applies when distribution is made a terminally ill employee.

SIMPLE contribution limit for Employers with up to 25 Employees

Effective in 2024, for employers with up to 25 employees, the limit on employee contribution would be increased annually.

Under the bill, a SIMPLE IRA could be terminated in the middle of a fiscal year, so long as a safe harbor 401(k) plan is adopted in its place. This provision would be effective in 2024.

No penalty tax on distributions of income on excess IRA contributions

The Secure Act 2.0 contained in the $1.7 trillion spending bill is a massive piece of retirement legislation that will have a significant impact on various IRAs, self-directed IRAs, solo 401(k), and 401(k) plan rules. The bill has received widespread support from both Democrats and Republicans, and importantly, it has been embraced by the broader retirement industry. The one rule change that will impact for many retirement account owners immediately and directly is the RMD age increase from 72 to 73, which comes into effect on January 1, 2023.  Otherwise, higher catch-up limits, 401(k) auto-enrollments, SEP & SIMPLE IRA Roth contribution options and indexing IRA catch-up contribution limits for inflation are some of the other key provisions contained in the Secure Act 2.0.