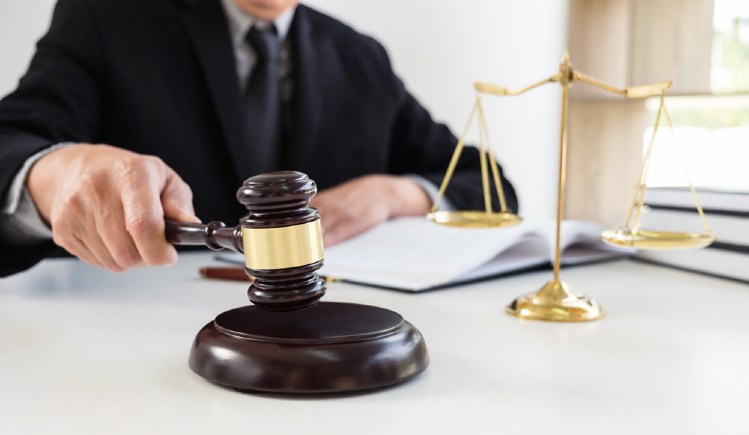 On June 2, 2021, The Ninth Circuit (pdf) reversed the Tax Court and ruled for the taxpayer in Mazzei v.  Commissioner, 150 T.C.No.7 (2018) and concluded that the Tax Court was wrong to use substance-over-form to attack the use of a Self-Directed Roth IRA investment into a foreign sales corporation (FSC).  The Ninth Circuit’s ruling in Mazzei followed the Sixth Circuit appeals decision in Summa Holdings v. Commissioner, 848 F.3d 779 (2017), which was a similar Self-Directed Roth IRA case.

The Ninth Circuit’s ruling in favor the taxpayer in Mazzei is a big win for Self-Directed Roth IRA investors and serves as a loss for the IRS in its ability to attack Roth investments by employing the doctrine of substance over form.  In addition, the Ninth Circuit’s opinion is important for taxpayers because it confirms that commissions paid to DISCs owned by IRAs, paid pursuant to the terms of Internal Revenue Code (“Code”), and the subsequent dividends from the DISCs to the IRA are legal and not subject to attack under the substance over form doctrine.

Below is a summary of the Summa and Mazzei cases:

Just weeks after the Benensons’ set up their accounts, each Roth IRA paid $1,500 for 1,500 shares of stock in JC Export, a newly formed DISC. Summa Holdings paid commissions to the DISC that distributed the money up the chain to the Roth. Once the Roth IRA receives the money, the account holder could invest the remaining Roth IRA funds freely without having to pay any further taxes.  From 2002 to 2008, the Benensons’ transferred $5,182,314 from Summa Holdings to the Roth IRAs in this way, including $1,477,028 in 2008. By 2008, each Roth IRA had accumulated over $3 million.

What is a DISC?

In 1971, Congress authorized the creation of Domestic International Sales Corporations (DISCs) to incentivize United States companies to export their goods by deferring and lowering taxes on export income. The exporting company pays a commission to the DISC of up to 4% of gross receipts or 50% of net income from qualified exports. The DISC pays no tax on commission income up to $10 million. DISCs may be owned by corporations and other entities, including IRAs. When the DISC distributes money to a corporate shareholder, there is corporate level tax, while a tax-exempt shareholder will pay unrelated business income tax (UBTI) on the distribution.

The IRS asserted that the substance-over-form doctrine should apply to reclassify the payments as dividends from Summa Holdings up to its shareholders, followed by a contribution into the Roth accounts.

What is Substance Over Form?

The substance-over-form doctrine is a judicial creation.  It is often raised by the IRS when taxpayers enter into a series of transactions seemingly for pure tax avoidance.  The argument is simply that the law requires a real connection between the desired tax benefit and some non-tax benefit.  The often-cited Supreme Court case of Gregory v. Helvering. On appeal, Judge  Learned Hand J famously said the following in the course of his judgment,” a transaction … does not lose its immunity, because it is actuated by a desire to avoid, or, if one choose, to evade, taxation. Anyone may so arrange his affairs that his taxes shall be as low as possible; he is not bound to choose that pattern which will best pay the Treasury; there is not even a patriotic duty to increase one’s taxes. “ Nevertheless, the court of appeals and the Supreme Court rules for the IRS and concluded that the corporate reorganizing transaction undertaken by the taxpayer upon its face lies outside the plain intent of the statute.

The IRS has often used the substance over form doctrine to argue that a series of tax saving transactions had no substance or business purpose and were in fact tax savings shams.  For example, the use of Roth IRAs to make investments that generated a significant amount of tax-free gains to the Roth IRA were, in fact, not real bona fide economic transactions, and were just a way to overstuff ones Roth IRAs. While form matters and often has substantive consequences in itself, the IRS often argues that the substance of a transaction or series of transactions should control over the mere form.  However, as we will see with the Summa and Mazzei cases, the FSC and DISC entities were created by Congress to perform a specific tax saving function, and the Sixth and Ninth Circuit Court of Appeals, were not going to allow the IRS to use the doctrine of substance-over-form can be negated by Congress in express statutory language.

In Summa, the IRS sought to reclassify the DISC transfers to the Roth IRAs to not count as commissions to the DISC, meaning that Summa Holdings would pay income tax on the DISC commissions it had deducted and the holding company would obtain a refund for the corporate income tax it had paid on the dividend from the DISC. The Benenson sons would be ineligible to make Roth contributions since their income was so high and would thus be subject to a 6% excise penalty. The IRS also asserted an accuracy-related penalty on Summa Holdings.

The Tax Court upheld the IRS’s recharacterization, but not the accuracy-related penalty.

Summa Holdings appealed to the Sixth Circuit, which reversed the Tax Court’s decision. In its ruling, the Court focused on the fact that DISCS were created by Congress and that a Roth IRA is designed with the purpose of tax reduction. And Roth IRAs are allowed to own DISC shares pursuant to the Code. Since based on tax law, the anticipated purpose of these structures is the elimination of tax or deferral, it cannot be said that the taxpayer followed a “devious path” to avoid the tax consequences of a “straight path.” The Court concluded that it would not use the substance-over-form doctrine to restructure a transaction where the relevant Code sections have the sole purpose of tax avoidance. If such results were unintended, it was within Congress’ power to correct it.

The Tax Court in Mazzei came to this conclusion despite the Sixth Circuit’s Summa Holdings, which involved nearly identical facts, ruling that the taxpayers’ use of a DISC to transfer millions of dollars from a C corporation to Roth IRAs was congressionally sanctioned and the IRS’s substance-over-form argument was inappropriate

The Ninth Circuit understood that the FSC statute expressly contemplated that an FSC could receive “commissions” from a related entity and then (after paying a reduced level of tax) pay the remainder as dividends to the same or another related entity.  Under this congressionally sanctioned FSC statute, the taxation rules in plainly follow the form of the matter and not its substance. In addition, since DISC expressly allowed for IRAs to be shareholders, the fact that the FSC rules did not expressly prohibit IRAs to be shareholders is evidence that Congress was aware that IRAs were permitted shareholders of DISCs.

The Appeal court rulings in Summa and Mazzei offer some important tax planning lessons to self-directed IRA and self-directed Roth IRA investors. Firstly, using an IRA or a Roth IRA to make tax avoidance or deferral investments are difficult to attack because of the Congressional intent for the IRA to be a tax savings vehicle.  Secondly, making sure your self-directed IRA transaction does have some economic substance is good practice.

Many tax professionals believe that if the taxpayers in Summa and Mazzei invested more than a few thousand dollars into the entities and showed real economic risk, the IRS may have backed off their attack.  Thirdly, the IRS prohibited transaction rules under IRC Section 4975 are still important. In these cases, the unique rules associated with the DISC and FSC, made it possible for the taxpayers to use their self-directed Roth IRA to make investments into controlled entities.  However, in most cases, such investments would potentially trigger the prohibited transaction rules under IRC Section 4975.

The Ninth Circuit’s ruling in Mazzei is an important victory for Self-Directed IRA investors seeking to generate tax avoidance or deferral investments.  In addition, the IRS’s go to taxpayer attack on tax avoidance investments, the substance over form argument, especially for Self-Directed IRA investments, was curtailed.  Furthermore, the Appeal Courts decision could help many exporters devise a tax friendly strategy for shifting taxable commission income to a Roth IRA.

PrevPreviousWhat is the Difference Between an LLC and a Partnership?
NextPeter Thiel and the $5 Billion Roth IRANext