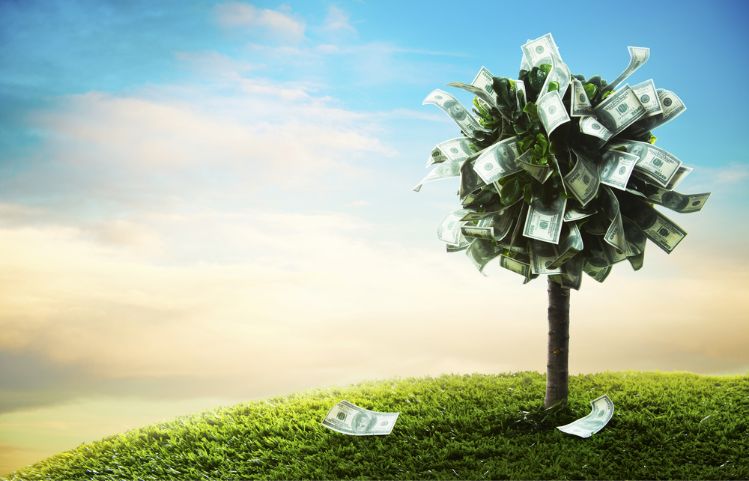 SECURE Act 2.0, which was signed into law by President Biden on December 29, 2022 includes a plethora of provisions which will impact Self-Directed IRA investors. The bill, which is part of the larger $1.7 trillion spending bill which funds the government for the 2023 fiscal year, is a follow-up to the original SECURE Act, which was well received by retirement savers.

In the following, we will discuss the provisions that will most impact Self-Directed IRA savers. Unlike previous bills, all provisions should prove beneficial to retirement investors.

Required minimum distributions (RMDs) are withdrawals that must be taken from most retirement accounts at a certain age. Only Roth IRAs are exempt from the RMD regime. Prior to the original SECURE Act, the required beginning date was age 70 1/2. “SECURE 1.0” increased the age to 72. The new iteration further increases the age to 73, starting on January 1, 2023. Further, the age will further increase to 75 ten years later. What this means is that savers are given extra time to invest in a tax-advantaged retirement account. The more time your investments can remain in a tax-free environment, the more it will grow.

Under current laws, a nonrefundable credit is given to certain individuals who make contributions to IRAs, employer retirement plans, such as a 401(k) and ABLE accounts.

Income restrictions will apply as follows:

Under current law, Self-Directed IRA savers who are at least age 50 can make an additional “catch-up” contribution of $1,000. That amount is not indexed and has remained the same since 2006. SECURE Act 2.0 will start indexing that amount for inflation and will effective for taxable years beginning after December 31, 2023.

In addition to the regular IRA catch-up contribution, individuals with a 401(k) or SIMPLE plan have the same opportunity. Those with a SIMPLE IRA can currently make an additional $3,000 contribution. Beginning in 2024, that number will increase by 10%. Starting the following year, a new catch-up contribution limit will be introduced for individuals aged 60, 61, 62, and 63. The limit for that age group will be the greater of $5,000 or 150% of the 2025 catch-up contribution amount for other eligible workers. This amount will be adjusted annually for inflation starting after December 31, 2025.

SIMPLE IRAs can only be utilized by small businesses (100 or few employees) and the employer must contribute on behalf of all eligible employees as mentioned above. In addition to the special catch-up mentioned in Section 109, Section 117 increases the annual deferral limit and catch-up contribution by 10%, as compared to the limit that would otherwise apply in the first year this change is effective, in the case of an employer with no more than 25 employees. An employer with 26 to 100 employees would be permitted to provide higher deferral limits, but only if the employer either provides a 4% matching contribution or a 3% employer contribution. This provision will be effective for taxable years beginning after December 31, 2023. Further, the Secretary of Treasury shall report to Congress on data related to SIMPLE IRAs by December 31, 2024, and annually thereafter. Note, that SIMPLE 401(k) plans will also benefit from this provision.

This provision allows employers of domestic employees, such as nannies, to provide retirement benefits for under a SEP IRA. Section 118 is effective for taxable years beginning after date of enactment of this Act.

Section 126 amends the IRS Code to allow for tax- and penalty-free rollovers from 529 accounts to Roth IRAs, but only under certain conditions. A beneficiary of a 529 college savings account would be permitted to rollover up to $35,000 over the course of their lifetime from any 529 account in his or her name to his or her Roth IRA.

These rollovers are also subject to Roth IRA annual contribution limits, and the 529 account must have been open for more than 15 years. There has been a decline in 529 plans for the simple fact that students are worried about having to take non-qualified withdrawals of leftover funds in the plan (and paying a penalty). This provision will provide an option to make better use of funds that may be left in the account after education has been paid for. Distributions from this provision will be allowed after December 31, 2023.

Currently, if you were supposed to take an RMD and you did not, you were hit with a 50% penalty on the amount that was supposed to be withdrawn. This provision cuts that penalty in half. Moreover, if the mistake is corrected in a timely matter (as defined under this Act), the penalty is reduced to 10%. This provision will be effective for years beginning after December 31, 2022.

If you have funds in a retirement plan at a former company, the employer is allowed to transfer those funds to a Safe Harbor IRA is the balance is between $1,000 and $5,000. This provision will increase the limit from $5,000 to $7,000. It’s an important reminder to make sure you don’t leave retirement funds at your former workplace. This will be effective for distributions made after December 31, 2023.

Excise taxes are imposed by the IRS for certain situations as described earlier, such as failure to take an RMD or over-contributing to an IRA. The statute of limitations for that tax begins on the date that IRS Form 5329 is filed. Oftentimes, an individual is not aware of the requirement to file that form and, therefore, there is an indefinite period of limitations leading to excessive interest and penalties.

Section 313 will provide a three-year period of limitation, which begins when an individual files his or her tax return (IRS Form 1040) for the year of the violation. For those with an excess contribution, that period will be extended to six years. Lastly, there is an exception for taxes that come from a bargain sale to an IRA. Existing law will be retained in such instances. In sum, excessive taxes and penalties will not amass for someone unaware of the mistake that was made. This provision will be effective beginning January 1, 2023.

Section 322, Tax treatment of an IRA involved in a prohibited transaction.

This provision requires the Treasury Secretary to issue a sample form for direct rollovers and to simplify and standardize the process. This form may be used by both the incoming and outgoing retirement plan or IRA. This should clear up any questions that have arisen during the rollover process. The deadline to create and release these forms will be no later than January 1, 2025.

At their discretion, employer may elect to replace a SIMPLE IRA with a SIMPLE (or other ) 401(K) plan that requires mandatory employer contributions during a plan year. This will be effective for plan years beginning after December 31, 2023.

When one contributed too much to an IRA, a distribution must occur. That distribution must include the excessive contribution and any earning allocable to it. This provision exempts further tax due to an early distribution (which generally occurs before reaching age 59 1/2) “and is effective for any determination of, or affecting, liability for taxes, interest, or penalties which is made on or after the date of enactment of this Act, without regard to whether the act (or failure to act) upon which the determination is based occurred before such date of enactment.”

Currently, Roth contributions are not allowed in SIMPLE IRAs. This provision will allow for them. Furthermore, employers with a SEP will now be allowed to offer employees the ability to treat contributions as Roth. This does not include grandfathered salaried reduction SEP plans. Section 601 is effective for taxable years beginning after December 31, 2022.

If you have an IRA, especially a Self-Directed IRA, you should closely read each SECURE Act 2.0 provision as it may affect you. As mentioned earlier, all the provisions listed will help you better save for the future, or mitigate penalties if and when a mistake is made. The latter should never happen is you work with the right people, such as IRA Financial. If you have any questions, feel free to contact us at 800.472.0646.