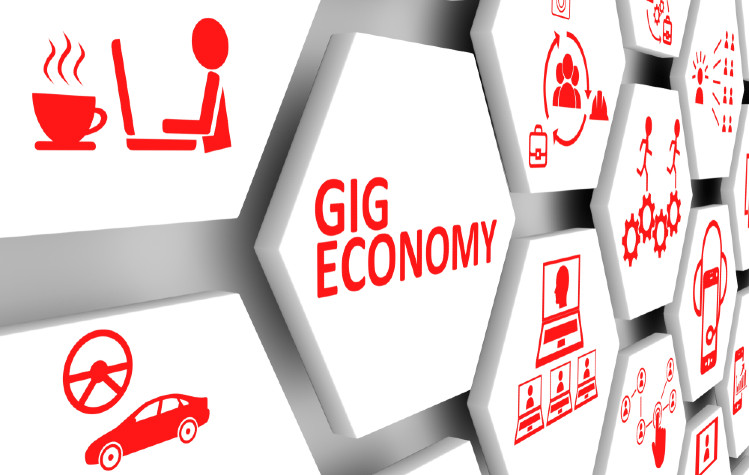 Lost in all the fanfare around the presidential election was a ballot question in the state of California. The question, called Prop 22, allowed voters to determine if app-based companies, such as Uber and Lyft, would need to classify their drivers as “employees.” The ballot initiative passed with about 57% in favor of allowing so-called gig employees to remain independent contractors. This was a big win for the ride-share giants, along with other delivery services like DoorDash and Instacart.

It’s been long debated, especially in the Golden State, whether or not gig workers of these app-based companies should be considered employees or independent contractors. Arguments can be made for both sides of Prop 22. Obviously, the employers did not want to have to change their model by having their drivers’ considered employees. They argued that the cost of doing so would drive up prices for their service and would put lots of people out of work. In fact, proponents of Prop 22 spent about $200 million to get their point across. That’s ten times what the opposition spent.

Of course, those who opposed the measure, argued that gig workers should be afforded the same rights and protections that any other worker receives. This includes a minimum wage, overtime pay, benefits and paid sick leave. Obviously, that’s not a bad thing for the drivers. However, if that came to fruition, set schedules and limited hours may have affected the millions of workers out there.

It was actually a surprising vote considering California has always been a “blue state,” and president-elect Biden encouraged voters to vote no on Prop 22. From a tweet back in May:

Now, gig economy giants are trying to gut the law and exempt their workers. It’s unacceptable.

I urge Californians to vote no on the initiative this November.

Although many see this as a bad deal for gig workers, there are positives for many who did not want to become employees of one company.

The Good News about Prop 22

Many gig workers wanted the benefits of being an employer of their company. This is especially true for those who work full time, and do not have another job to take advantage of health care and the like. However, there are just as many who want the freedom to work for whomever they want, whenever they want. Imagine working for Google, and also working for Apple. Sounds crazy, but many people work for both Uber and Lyft. You can be sure, if you were an Uber employee, you could not work for a competitor!

With so many people out of work right now, many Americans are doing whatever they can to earn a living, which includes working many gig jobs. If Uber is slow one night, you can make some money working for DoorDash. Granted, you do miss out on the many benefits offered to regular employees. However, for many, being a gig worker is a side job to earn a little extra cash. They might not have that type of opportunity if Prop 22 failed.

Obviously, IRA Financial is all about saving for retirement. Everyone should have the opportunity to put aside money for his or her own future. In all honesty, if these app-based companies were forced to hire employees, you can be sure a retirement plan option would not be made available. There is no way that they would offer a 401(k) or similar plan, after having to redo their entire business model. The cost would certainly outweigh the benefits of doing so.

Since Prop 22 passed, gig workers will still be independent contractors in California. This means they have self-employment income. They have the opportunity to open a Solo 401(k) for themselves. This allows them to choose where to start a retirement plan and what type of investments they can make. For the most part, Solo 401(k) plan are fairly inexpensive to maintain, once it is set up. Obviously, there are costs involved to get started, but, when you have the right provider, everything goes smoothly.

A Solo 401(k) allows you the freedom to invest in what you want, when you want. Further, when you have checkbook control of your funds, you never need to ask permission to make an investment. The plan offers high contribution limits ($57,000 or $63,500 if age 50+), the ability to borrow from the plan and make Roth (after-tax) contributions. However, only those who have self-employment income can take advantage of the power of the Solo 401(k).

While some may consider the passing of Prop 22 a bad thing, many gig workers do not feel the same way. Yes, the companies themselves are the one who pushed for the passing, as it saves them a lot of time and money. However, maintaining independent contractor status was important for many. This is especially true for those that don’t have a separate full time job and rely on working for different companies to make a living.

The bonus is the ability to save and invest for retirement as you wish. The experts at IRA Financial can help get you started on the right path. Feel free to give us a call at 800.472.646 if you are self-employed and want to learn more about the Solo 401(k) plan.