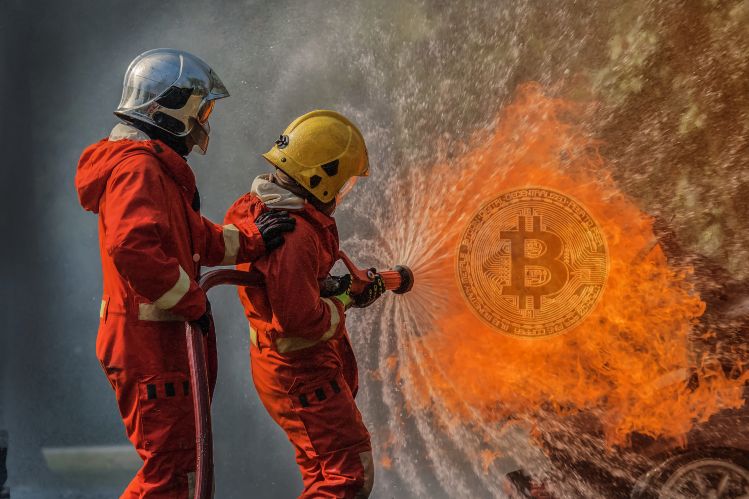 The crypto market has experienced a major surge and consistency in the aftermath of Bitcoin’s price rebound. According to statistics, Bitcoin’s value has risen and is likely to generate good returns in the fourth quarter, easing selling pressure. Multi-asset funds are now investing in Bitcoin on behalf of some state pension funds.

For the first time, a public pension fund in the United States has invested in Bitcoin, with Houston firefighters. According to NYDIG’s global head of asset management, the investment “represents a watershed moment for bitcoin and its place in public pensions.”

Many more large pension corporations are becoming interested as Bitcoin continues to linger just below its all-time high in the uncharted zone around $67k.

There’s no denying that cryptocurrency is gaining in popularity and usage. Since its conception in a 2008 whitepaper, Bitcoin (BTC) has been the subject of discussion and news. The cryptocurrency’s introduction has been heralded by supporters as the start of a new and more equal monetary system.

Technical improvements in Bitcoin, such as the Lightning Network, have been aiding to restore Bitcoin to its original promise. As a result,  Bitcoin acceptance has increased among firms, and the name recognition of the currency has risen. Today, Bitcoin can be used to buy a surprising number of things, with pension firms monitoring its progress.

Meanwhile, governments all over the world are keeping a close eye on Bitcoin’s rise. Even though major economies, including the United States, refuse to accept it as legal money, some have adopted it as currency, including El Salvador, which now accepts it as legal tender.

However, institutional investors see Bitcoin as a gold-like store of value, and numerous large firms, including BNY Mellon, JP Morgan, Mastercard, Microsoft, and Visa, are looking at decentralized finance.

The most recent development is the Houston firefighters’ pension fund dabbling with cryptocurrency investment. According to a report dated October 21, 2021, the Houston pension invests in Bitcoin and Ether. The $5.5 billion Houston Firefighters’ Relief and Retirement Fund claimed it invested $25 million in Bitcoin and Ether through NYDIG, a Bitcoin-focused subsidiary of asset management Stone Ridge.

The Houston fund covers roughly 6,600 active and retired firefighters, as well as their families. Since 2004, active firefighters have contributed 9% of their wages to the fund, with the city of Houston donating at least twice as much.

Not only has Houston’s pension decided to define Bitcoin; they also invested heavily. And, two Virginia pension funds, which originally purchased digital assets two years ago, recently announced plans to increase their investments by $50 million.

The usefulness of the crypto market and its decentralized financial system is increasingly being recognized around the world. It is designed to provide users with a distinct set of benefits above traditional payment options. Many well-known companies are becoming aware of this and resorting to DeFi to protect their assets from unaccountable inflationary measures.

With Bitcoin reaching fresh highs in the final days of October 2021 and having more than doubled since the start of the year, some institutional investors are reconsidering their stance on cryptocurrency. The establishment of the currency’s first futures exchange-traded fund in the United States would increase widespread adoption.