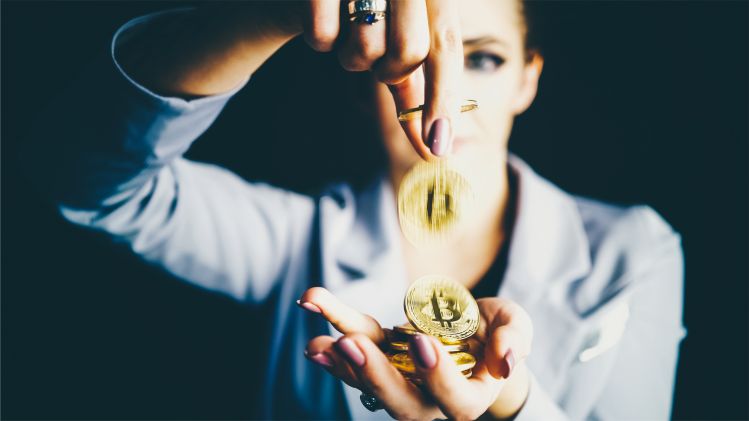 Cryptocurrency and risk go hand-in-hand, as the crypto market is still new and volatile in ways other potential investment opportunities may not be.

How Are Cryptocurrency And Risk Related?

From its inception, cryptocurrency has been viewed as an alternative to fiat currency, backed by nations and their national interests. Cryptocurrency is decentralized by design, limited to the amount agreed upon in the beginning of mining, and virtual, so that it is not backed by a bank or government funds.

Risk rears its head another way, and that’s through the volatility of the very market set to serve it. The way cryptocurrency functions at this time seems to be of two natures. One, hold it as long as possible to make it feel more like an established stock, so that when you sell it you make a profit but also a difference in how the currency is viewed. Two, to make a quick hit trading cryptocurrency, but without the long-term association with it.

It can be difficult to move your cryptocurrency as well if you don’t have control over hot and cold wallets containing your purchase.

Cryptocurrency And Risk And Women

Women invest in cryptocurrency at a lower rate than men, and this is for a number of reasons. In general, women earn less than men do, so they have less money to invest with. But about 40% is the estimate for female cryptocurrency investors.

And while Robin Hood and other sites are looking to expand the number of women who invest in cryptocurrency, there’s another reason that women tend not to “trade” cryptocurrency in the same way as men. Women are normally long-haul investors, who tend to make their investment and then watch their returns grow.

Women have not embraced the cryptocurrency market in the same way, partially because they invest differently overall. Whereas there are many who get into crypto because they want to buy and sell quickly, this is not “investing” per se, but trading. And there’s a sense that if traders can get in and get out fast, they can make a profit off of even some of their holdings, while retaining the rest in case of additional gains.

Cryptocurrency And Your Money

Trading and investing require you to be fully aware of what your money is doing. That means that there are little things you need to consider when making cryptocurrency moves. Are you charged a fee for every move you make? Trading fees can add up, especially if you’re trading from a disadvantage. During volatile periods of both the stock market and cryptocurrency markets, those who trade from a place of emotional distress tend to make more moves than those who are waiting on time to pass.

Bitcoin comes from the process of “mining.” Essentially, this uses your computer’s processing power to solve complex algorithms called “blocks.” You can buy and sell Bitcoin on an exchange, much like a physical currency exchange. This converts wealth from Bitcoin to U.S. dollars and other national currencies, back to dollars or Bitcoin. And that’s how you make money.

If you are interested in buying cryptocurrency, and risk does not concern you, there’s still a lot to know, learn, and understand about the market. Many see cryptocurrency as the future of money, decentralized, portable, and essentially untraceable. Some have raised concerns that the supercomputers being used to mine and find Bitcoin, Ethereum, and other cryptocurrencies, are utilizing energy at a rate comparable to some entire countries.

Would renewable energies help? It’s difficult to tell, simply because of how power works around the world. Sometimes there are renewable sources available and sometimes not, which requires the backup of so many fossil fuels. New crypto are emerging that attempt to deal with this, but for many this is not even a concern.

Cryptocurrency And Your Retirement

Cryptocurrency can be held in Solo 401(k) and Self-Directed IRA accounts. Since the IRS treats crypto as property and not a currency, as such, it is treated the same as other holdings.

Many people label Bitcoin as a “cryptocurrency.” However, from a federal income tax standpoint, Bitcoins and other cryptocurrency are not truly “currency.” On March 25, 2014, the IRS issued Notice 2014-21. For the first time the IRS set forth a position on the taxation of virtual currencies, such as Bitcoins.

The Internal Revenue Code does not describe what a retirement plan can invest in, only what it cannot invest in. Internal Revenue Code Sections 408 & 4975 prohibits Disqualified Persons from engaging in certain types of transactions. This includes the purchase of collectibles, life insurance (in the case of an IRA), as well as any transaction that directly or indirectly benefits a disqualified person.

For cryptocurrency and risk, it may be worth it to you!