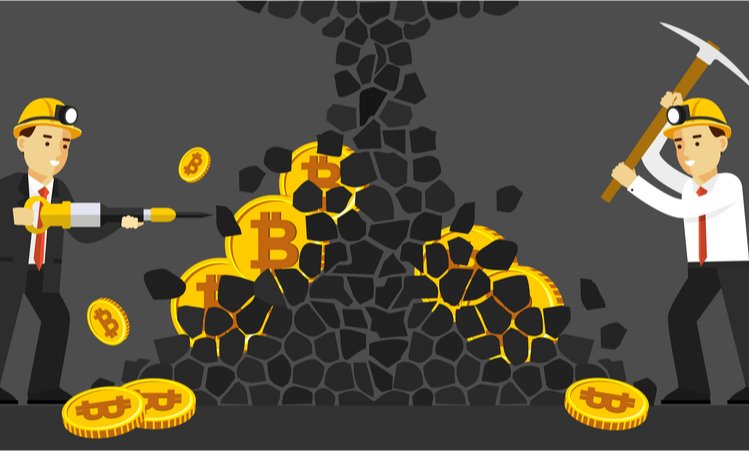 Bitcoin is the first and most popular cryptocurrency. It runs on a decentralized computer network or distributed ledger that reviews and confirms transactions in the cryptocurrency. When computers on the network verify and process transactions, new “bitcoins” are created, or mined.

Bitcoin mining is the process for how new coins get created or born into circulation. Bitcoin mining is the method of producing new Bitcoin by resolving exceptionally difficult math problems that verify a block of Bitcoin transactions that gets confirmed and uploaded to the blockchain. When a Bitcoin is effectively mined, the miner receives a fixed amount of Bitcoin as a reward.

As the price of Bitcoin and various cryptocurrencies have increased significantly in recent years, the interest in Bitcoin mining has increased up as well.  The process of mining Bitcoin is known as proof of work (POW).

How Does POW Function?

“The proof of work consensus algorithm is the most commonly used in the blockchain technology.” Both Bitcoin and Ethereum, the two most popular cryptocurrencies, use it. However, Ethereum, plans to transition to the proof of stake (POS) algorithm.

For a Bitcoin miner to effectively add a block to the blockchain, the miner must compete to solve very complicated math problems that require the use of pricey computers and huge amounts of electricity.  Whereas, with POS, cryptocurrency owners validate block transactions based on the number of coins a validator stakes. POS was designed as an alternative POW.

The computer hardware required is known as application-specific integrated circuits, or ASICs, and can cost upwards of $15,000. They consume enormous amounts of electricity, which does limit the profits earned by the miners. Obviously, environmental groups are not too keen on the idea either.

The IRS Position on Mining Cryptocurrency

In other words, if you engage in a Bitcoin mining activity that is treated as a business, the income generated is deemed ordinary income and not capital gains.  For retirement accounts, such as Self-Directed IRAs and Solo 401(k) plans, generating ordinary business income is subject to a tax known as the unrelated business taxable income tax (UBTI).  The maximum UBTI tax rate is 37% for 2022, which is significant for retirement accounts that typically pay no tax on gains.

Learn More: What is UBTI?

Application of the UBTI Tax Rules to Bitcoin Mining

In general, most IRA and 401(k) investments will not trigger the application of the UBTI tax because they are passive.  Almost all Self-Directed IRA or Solo 401(k) investments generate the following categories of passive income: capital gains, rental income, interest, dividends, and royalties. None of these are subject to the UBTI tax.

In essence, only three categories of income would trigger the UBTI tax for a retirement account: (i) margin trading, (ii) use of a non-recourse loan to buy real estate in an IRA, and business income through a pass-through entity such as an LLC.

Is Bitcoin Mining a Trade or Business?

The determination of whether one is engaged in a trade or business for tax purposes is based off the following IRS definition: “The term trade or business generally includes any activity carried on for the production of income from selling goods or performing services.”

Unfortunately, when it comes to the activity of Bitcoin mining, other than IRS Notice 2014, there is no direct guidance on its tax treatment.  In other words, it is generally a fact and circumstances test whether an activity is treated as a trade or business, or simply a hobby.

Some tax practitioners have suggested the mining activity is akin to receiving a dividend from a stock, or rental income from real estate.  The difficulty with that analysis is that Bitcoin mining involves the act of performing a task, such as computer programming power. Whereas a dividend is issued for simply owning the underlying equity.

Bitcoin mining consumes 0.5% of all electricity used globally and seven times Google’s total usage, according to the New York Times. Thus, there is a great amount of computer programming power that goes into Bitcoin mining.

I believe a more accurate comparison to Bitcoin Mining is option trading.  An option is a contract that gives the buyer the right, but not the obligation, to buy or sell an underlying asset at a specific price on or before a certain date. An option, just like a stock or bond, is a security. It is also a binding contract with strictly defined terms and properties.

According to the IRS, any gain from the lapse or termination of options to buy or sell securities is excluded from unrelated business taxable income.

Hence, if option trading is not being done as an active trade or business, then using a Self-Directed IRA or Solo 401(k) to invest in options would not trigger the UBTI tax rules.

Option trading is more active than receiving a dividend or rental income and closely resembles the activity of mining Bitcoin, other than the amount of computing power outlay.

Using a retirement account to engage in Bitcoin or cryptocurrency mining activity passively could potentially be done without triggering the UBTI tax rules.  Unfortunately, there is no direct guidance by the IRS as to what exactly will constitute a Bitcoin mining business.

Would buying a few computers and ASIC cards be enough to make the activity rise to a trade or business?  What if you invested in a mining operation that had hundreds of computers?  In that case, the underlying business would likely be treating the Bitcoin received as inventory or business income which would be reflected on your K-1, making the income characterization issue clearer.

However, for retirement account holders wishing to buy one or two computers to do some passive Bitcoin mining, assuming that the activity does not rise to a trade or business, IRS Notice 2014-21 suggests the activity would not be subject to the UBTI rules.

In sum, mining Bitcoin can be expensive and may not prove profitable based on the costs involved and the price of Bitcoin.  However, doing so in a retirement plan may be possible without triggering the UBTI rules, so long as the activity is not treated as a trade or business.

PrevPreviousCan a Self-Directed IRA own an LLC?
NextBeginner’s Guide to Alternative InvestmentsNext