401(k) Millionaires at an All-Time High 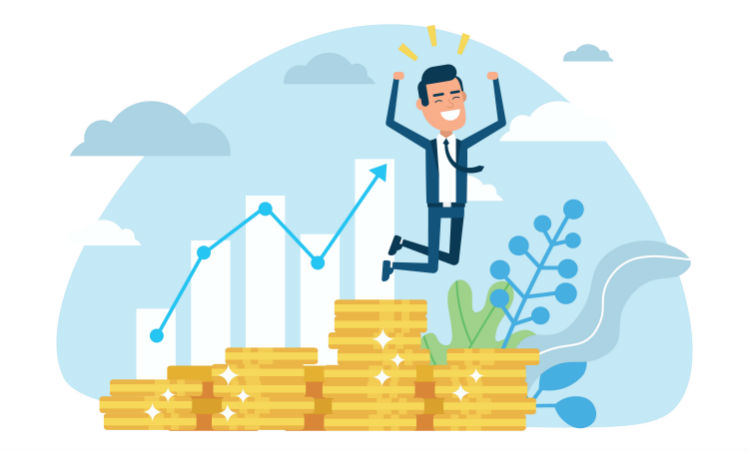 According to a recent CNBC article, the number of 401(k) millionaires are at a record high.  This is according to data from Fidelity.  In the following, we’ll talk about the numbers and why they’re important.  We’ll also show how you can be the next 401(k) millionaire.  Finally, we’ll give some advice as to why it’s so important to start saving for retirement as soon as you can!

401(k) Millionaires by the Numbers

Here are some interesting facts and figures from the survey about the health of the 401(k) plan:

Further, according to another report, the amount most Americans think they need to retire comfortably is $1.7 million. That’s up from the traditional magic number of $1 million. However, individuals are unique and so is the amount they need to reach for retirement. It all depends on the type of lifestyle you wish to have once you retire.

What do these Numbers Mean?

Obviously, more people are saving more for retirement. Also, the markets are at, or near, all time highs. Together, this is fantastic news for savers. Bear in mind, the markets always correct. Don’t expect to see double digit returns every year!

The most important numbers, at least in my opinion, are the contribution rates. 401(k) millionaires are contributing well over twice the average. Simple math shows that by contributing more annually, the more you will earn (and the faster it will grow). On the other hand, it always puts you more at risk if there is a steep market slide. Later in the article, we’ll give you some tips for mitigating risk.

The workplace 401(k) plan is the most prevalent retirement plan afforded to American workers. While not perfect, it’s an excellent first step in saving for retirement. Furthermore, if your employer offers a match, there’s no easier way to see an immediate and impactful return on your investment. A typical match is 50% of your contribution, up to 6% of your salary. Therefore, if you contribute $5,000 to the plan, your employer will contribute $2,500. Unless you are really lucky, you won’t see a return like that on most investments.

The best part is that it’s generally taken out before you receive your paycheck. Traditional 401(k) plans are funded with pre-tax money. The amount withheld is the percentage you specify. All pre-tax contributions are tax-deferred, meaning you will not pay taxes on that money until you start withdrawing during retirement.

Of course, the traditional, workplace 401(k) does have it’s downsides. First off, you don’t get to pick the plan, that’s your employer’s choice. No shopping around for the best plan. Hence, you are limited by your investment options. Typically, workplace plans have very few asset classes. They include stocks, bonds, various mutual funds and target-date funds. Finally, there are rules in place about what you can do with your funds. Are loans allowed? Can you transfer your funds to another plan? When are your funds vested? Is there a Roth option?

While the workplace traditional plan is a great option, it’s not the best. However, it’s typically the first plan many people utilize and it can certainly help make you a 401(k) millionaire.

Many experts agree that there is a better option than the traditional 401(k), and that’s the Roth 401(k). Unlike a traditional plan, a Roth 401(k) is funded with after-tax money. While there is no immediate tax break, all qualified distributions are tax-free! Taxes are taken out before being contributed to the plan. If done correctly, all withdrawals, including earnings, will never be taxed again. Therefore, if you contribute $10,000 and it grows to $100,000, you can withdraw the entire amount tax-free once you reach age 59 1/2 or the account has been opened for at least five years, whichever is later.

Here’s an example of how the Roth 401(k) works and how it differs from a traditional plan:

Depending on your circumstances, one option may appeal to you more than the other. Generally, if you are earning more money, you might prefer the upfront tax break. On the other hand, if you have not hit your peak earnings potential, you may prefer to pay taxes now and have tax-free income during retirement.

The Best Option (If You are Self-Employed)

We talk about this ad nauseam throughout the blog, but the Solo 401(k) is the absolute best retirement plan for the self-employed. In fact, it might allow you to become a 401(k) millionaire even faster. The reason for this is twofold. First, the contribution limits are much higher for a Solo 401(k). While you can invest in the usual, you may also invest your Solo 401(k) in alternative assets. This means you can invest in real estate, precious metals, cryptocurrency, and private businesses if you choose. This may allow you to see greater returns than afforded by stocks and bonds.

Obviously, you need to be self employed to utilize the Solo 401(k). Further, you need the right administrator, such as IRA Financial, to have the freedom to invest in what you like. Without a doubt, it’s the #1 retirement plan you can open. Assuming you are eligible, you should look to start one immediately!

It may seem like a difficult task at first, but becoming a 401(k) millionaire is attainable. As we like to say, you need to start early and trust the process. It’s not a short term goal, but instead, it’s a goal that can be achieved by perseverance and smart saving.